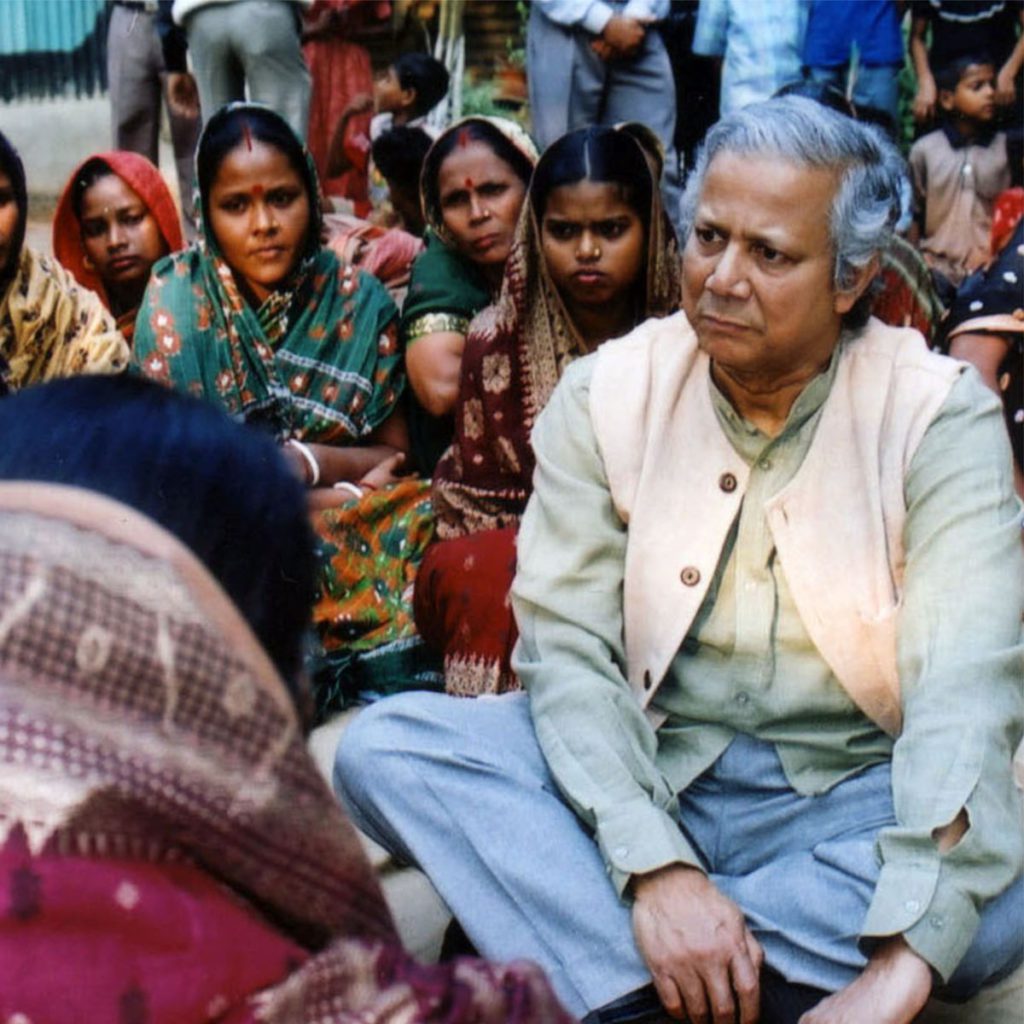 There are some entrepreneurs that are driven only by profits. Others have a greater purpose and are looking for ways to address issues and change our broken systems from within. The environmental and the social impacts become a priority for these people.

And Muhammad Yunus is one of these people. As a banker and economist, the Bangladeshi social entrepreneur could have easily benefited from the existing systems. Yet, he decided to go against the tide and create the Grameen Bank, where he pioneered the concepts of microlending and microfinance.

Therefore, today’s article is a case study on Muhammad Yunus and why he is an example to be followed by future (and current) impact entrepreneur.

Muhammad Yunus was born in Bangladesh in 1940, and he is considered an impact entrepreneur. As the son of a jewelry salesman, he had a simple childhood. He encountered poverty at a young age: his mother often welcomed homeless and sick people into their house. Inspired by this reality and driven by the desire to change the system which he observed, he created the Grameen Bank and coined the term “microcredit”: a term now used around the world.

He was Awarded a Nobel Peace Prize in 2006. He also received a number of other recognitions, such as the Sydney Peace Prize and the World Food Prize.

Why is he an impact entrepreneur?

Building on the premise that credit (or a loan) is a common right to all, Muhammad Yunus created the Grameen Bank. Therefore, he practically created the microfinance principles.

This bank was born in 1976 in a small Bangladeshi village, where poverty levels reached outrageous levels. The bank’s objective was developing better forms of credit for the poorest population, with lower interest rates and no guarantees, ending the dominance of loan sharks and offering self-employment opportunities for many unemployed in rural Bangladesh.

With access to microcredit, people in the community now had access to opportunities they didn’t previously have. The new businesses established moved the local economy forward and, at the same time, strengthened Yunus’s bank, but without exorbitant and cruel interest rates.

While entrepreneurs may embrace one-off social practices, their products or services may still have undesired impacts to their community. Social entrepreneurs look to maximize their positive impact as a primary objective.

A common bank can make one-off donations to institutions (positive impact), but at the same time, indebt a large part of the population because of abusive taxes (negative impact). An impact bank, such as Grameen Bank (known as the Bank for the Poor), only has products in its portfolio that bring positive impact to its customers.

Muhammad is an example to follow: he developed a profitable business with purpose, lifted millions of people out of extreme poverty in his country, while also employing more than 12,000 people.

Do you want to know how to develop an impactful business? We can help you!

When it’s time to set new goals for your business

Having goals is what will help guide any business. Without them, processes tend to get messier and lack a specific endpoint (which takes a short

Find a loan for your small business: 5 tips that can change your game

Many minorities start their businesses with a lot of hopes and dreams but are faced with a problematic growth scenario. In such a competitive and

Do You Want To Boost Your Business?

Leave us a message and we'll be in touch!